I have lived in this area for three years now, and often I struggle to find interesting and fun things to do when company comes to visit.  Aside from the beaches (of which there are many) if you need a break from the sun and sand, we always sort of scratch our heads attempting to come up with other, inexpensive and interesting activities to do.

When I heard about Sleepy's class taking a walking tour of downtown Sarasota, I thought I would really like to be part of that activity.  Since she asked me to go along, I eagerly accepted.  I was able to combine some of my favorite things, learning about the area I live in,  seeing the great architecture of the area, and spending time with my favorite second youngest dwarf.

We started the tour at the Municipal Auditorium, of which I do not have a photo of, because they were waiting for me to start the tour. ( see previous post about the van).  The auditorium was built in 1938 and is one of the few examples of Art Deco architecture in Sarasota.  The auditorium is listed in the National Register of Historic Places. 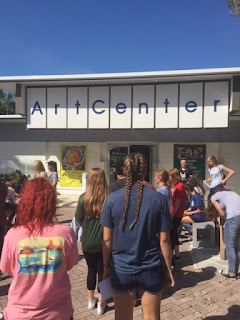 Our next stop was the Art Center of Sarasota.  This was opened in 1949 by the Sarasota Art Association and hosts many regional and national artist exhibits.  In 1996 they added a sculpture garden to the grounds. 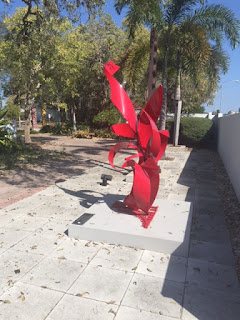 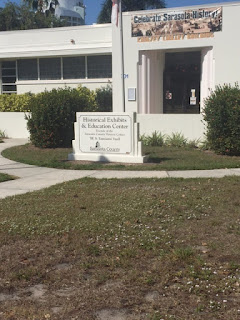 Our next stop was the Sarasota County History Center, which was the first and only public library built in 1941.  As the collection outgrew the space Sarasota joined the county to create a countywide library system in 1976 and the collection was moved the Selby library.  Currently this location rotates historical exhibits and is open to the public for view at no charge. 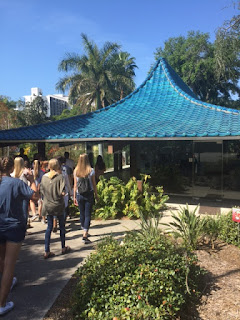 I think that the Sarasota Convention and Visitors Bureau was close to the top of my favorite sites on this tour.  The architecture of this building is amazing.  Designed by Victor Lundy, of the Sarasota School of Architects the structure has many unique qualities.  The walls are all glass, the roof overhangs around all four walls of the building, creating shade and cool in an era when there was not air conditioning.  The roof tiles were all imported from Japan and in this particular location are a direct reflection of, and add to the feel of the Japanese garden sculpture nearby. It also adds to the appeal of the Sarasota Garden Club landscaping at the side and rear of the property. 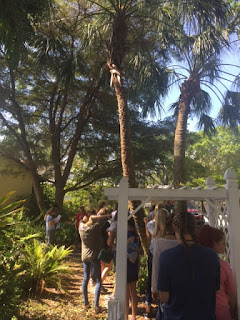 The Sarasota Garden Club was established in 1960 to add more green space to downtown Sarasota. But the surrounding gardens were in place long before that.  The building style of the club was designed to be compatible with the nearby Chamber pagoda and the tool shed was built the following year which also is patterned after a Japanese garden house. 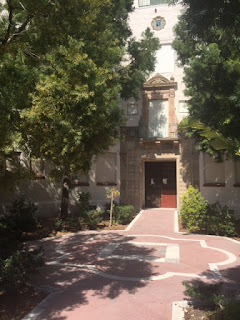 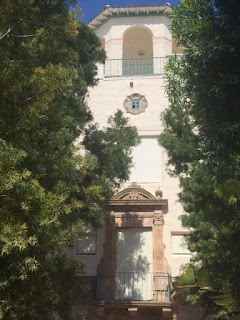 The Belle Haven is a Mediterranean style of architecture built in 1926.  New York Architect Dwight Baum and local builder Owen Burns built these as fully furnished (down to the linens and silverware) apartments.  From this location on the corner lot residents could access the water.  The building is currently boarded up and is not being used at all.  It is rapidly falling into disrepair, although it is owned privately.  It has been office space in the past as well, but has not had people in it since the 1990's.  This building is also one of the rare locations in Sarasota that has a basement.  This was my favorite site on the tour, and if there had been a particular aunt of the dwarfs along, we would have gone back to check this beauty out further for sure!! 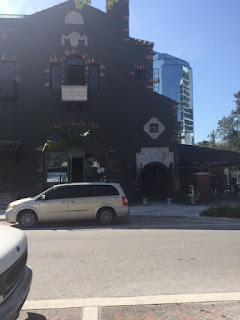 The Sarasota Times Building, built in 1926 was home to the Sarasota Times and News.  Sarasota's first newspaper opened in 1899 when only several hundred people lived in the area.  The paper was purchased by L.D. Reagin in 1920 and in 1926 moved the paper to this location.  The newspaper folded in 1929 and this location has housed many various organizations over the years.  When we were on the tour it was being remodeled. 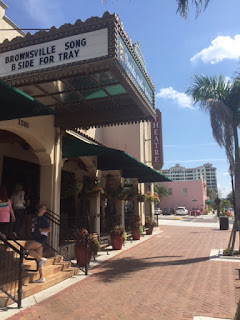 The Gompertz Movie house opened in this building in the 1920"s.  During the depression the movie house closed and did not reopen and maintain a steady business again until the early 1950's when the Palm Tree Playhouse moved in.  It has been vacant on and off and is the current home to the Florida Studio Theater's Gompertz Hall. 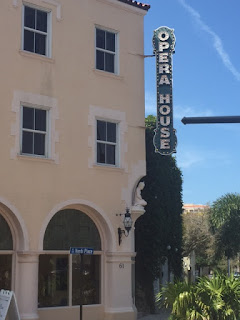 To this day the Sarasota Opera house is still a bright spot in the city's night life.  The building was built in 1926 by A B Edwards, Sarasota Mayor, when then the ground levels housed businesses.  Will Rogers and the  Ziegfeld Follies performed here.  The building was home to silent movies, vaudeville, and the opera.  If I heard correctly our guide also said that Elvis performed here the year before he made it big.  There were apartments on the third floor that at one time are also rumored to have been brothels.  The story goes that the building is haunted by a woman who's young son died in an accident at the opera house.   After a major renovation in the 1980's this building has found a home on the National Register list for the Sarasota Opera Association. 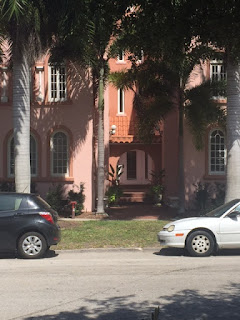 The Frances-Carlton Apartments were established in 1920's.  These were high end apartments that gave residents a view of the bay across Palm Ave. However, today, while they are still rented as high end condominiums, there is not a view of the bay any longer.  These were fully furnished apartments were designed by a Scotsman Alex Browning who immigrated to Sarasota in 1885 and Tampa architect Francis James.  They were named after the owner's wife and son Frances and Carlton Teate. This property is listed on the National Register -listed apartments. 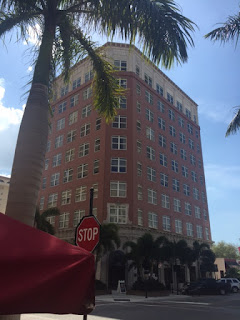 Now the details on this particular landmark, I do not have much clarity on, however when I do I will update further.  What I recall the guide saying, this is the oldest high rise in Sarasota. 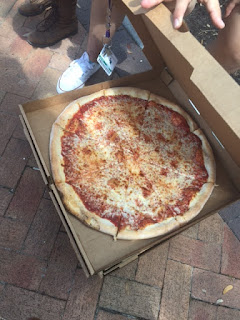 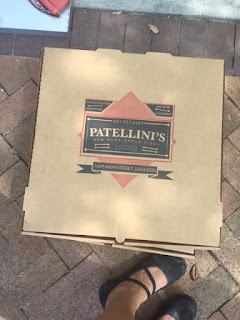 As we wrapped up the tour, we stopped for lunch.  The group was very excited because their guide had pumped up lunch from this pizza shop, as the BEST Pizza ever with slices as big as your face! He was indeed on point!  Best cheese pizza ever, and the slices were as big as your face!  I had two pieces and I think Sleepy managed three! Yum! 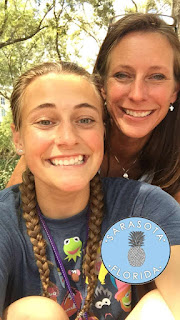 There will come a day, when field trips will be a thing of the past.  I am so  happy and blessed this dwarf still loves and desires to spend time with me!  I am also so grateful that I have the flexibility in my days to rearrange for events like this!  This tour was wonderful.  Pizza amazing, and I loved spending time with this dwarf!

The great thing about history is, You Can't Make this Stuff Up!